The agent of Sporting Lisbon star Bruno Fernandes has appeared to drop a major hint over a potential transfer to Manchester United.

There’s been plenty of speculation in recent days over Fernandes making a January move to Old Trafford, with the Transfer Window Podcast and numerous other sources reporting on ongoing talks over a deal.

It remains to be seen if this signing will definitely go through, as Man Utd fans will no doubt remember a similar saga that dragged on in the summer before seemingly falling through.

Still, Fernandes’ agent Rui Guimaraes has been spotted dropping what could be a pretty big hint about the transfer after liking a post on Instagram. 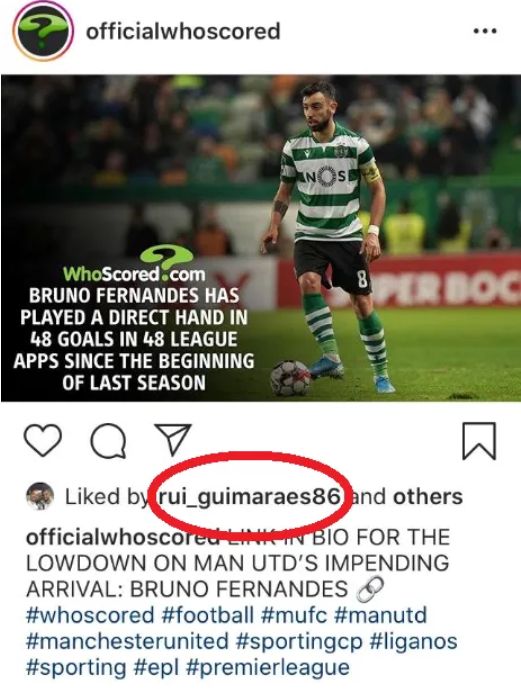 See the image above as Guimaraes liked a post from WhoScored which refers to Fernandes and his ‘impending’ arrival at United.

The Red Devils are also tagged in the post, which is clearly intended to talk up the 25-year-old ahead of his move to the Premier League.

Guimaraes will surely be aware of what he’s doing and the attention it will get, so it seems there’s not much effort from Fernandes’ end to play down all the transfer rumours.