Juventus midfielder Aaron Ramsey could reportedly be on his way out of the club this summer as his struggles continue under Maurizio Sarri.

The 29-year-old joined the Turin giants on a free transfer from Arsenal last summer, signing a contract that keeps him with the reigning Serie A champions until 2023, as per the club’s official site.

SEE MORE: Opinion: Chelsea could be given opportunity to seal smart transfer raid on Juventus

Things haven’t gone to plan for the Welshman so far this season though, as he has been limited to 18 appearances thus far, scoring just two goals with no assists.

In addition, a number of those outings were off the bench, and so it appears he has struggled to convince Sarri, while injuries have also been an issue along the way.

Now, according to Calciomercato via the paper edition of Tuttosport, it’s suggested that Ramsey could be set to leave Juventus this summer after what has been a problematic first year in Italy.

It remains to be seen if that’s the case or not as although it has been a disappointment thus far, it perhaps will take him a little longer than others to adapt and settle in a new country, league and squad before we see the best of him again. 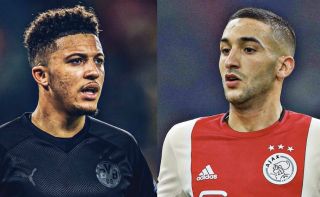 On the other hand, Juventus could see it as an opportunity to make a significant profit having signed him for nothing last summer and so if a bid was to come in for Ramsey at the end of the season, perhaps the Bianconeri would consider it for financial reasons too.

Time will tell how the situation plays out, but having already axed Emre Can in the January transfer window, Juve will surely have to target bringing in players too for their midfield if Ramsey were to move on this summer as well.