He joined Borussia Dortmund last month and has had a dream of a start at the club so far, netting eight goals in just four matches across all competitions so far.

According to Spanish magazine Don Balon, Real Madrid are interested in signing Haaland. This report also claims that Kylian Mbappe, Harry Kane and Marcus Rashford are in Los Blancos’ wishlist but the Norwegian is a much cheaper option as he has a release clause of €75 million.

Haaland has had a brilliant 2019/20 so far and provides he maintains his form, he could well become one of the best strikers in the world. Someone like the Norwegian international would bolster Real Madrid’s attack but they already have some really good options and with Luka Jovic as a potential long-term replacement for Karim Benzema, it seems less likely that Los Blancos will try to sign him. 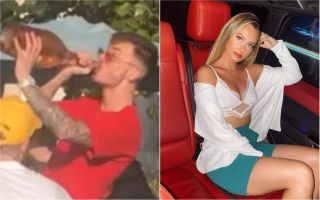